Configure VS Code to run OCAML a Mac OSX

Let’s get up and running with OCaml and VS Code on a Mac.

If you do not have Brew installed yet, then here is the one-liner you need.

Please note that running random code is find on the internet is dangerous, so learn more about installing brew on a mac directly from the brew.sh.

Or, if it’s already installed, we can upgrade ot the latest

As of this time of writing, we are running The OCaml toplevel, version 4.10.0

Now we can install OPAM, the package manager for OCaml

Merlin provides services such as autocompletion to IDEs such as VSCode.

Ocp-indent is a tool for auto-formatting OCaml code.

utop provides a much improved interface to the OCaml REPL

To ensure opam is working as expected, you will want to add the following to you bash profile (many names such as ~/.bash_profile, ~/.bashrc, ~/.bash_aliases)

If you open a new Terminal window, you should be able to run utop

There are many editors out there. I enjoy using Sublime Text with Terminus, but VS Code is a great altnerative as you will see below.

Follow the installation instructions or you can run the script below.

If you don’t have wget, then install it using brew

Now we can install VSCode.

To be able to run code from Terminal, open up Visual Code.

And then install the command line tools

Integrate OCAML with VS Code

We are going to use the OCaml and Reason IDE extension which can be installed directly from VS Code.

And search for OCaml and Reason IDE.

If everything ran as expected (which is always does), then you should now have a nice IDE for OCaml within VS Code. 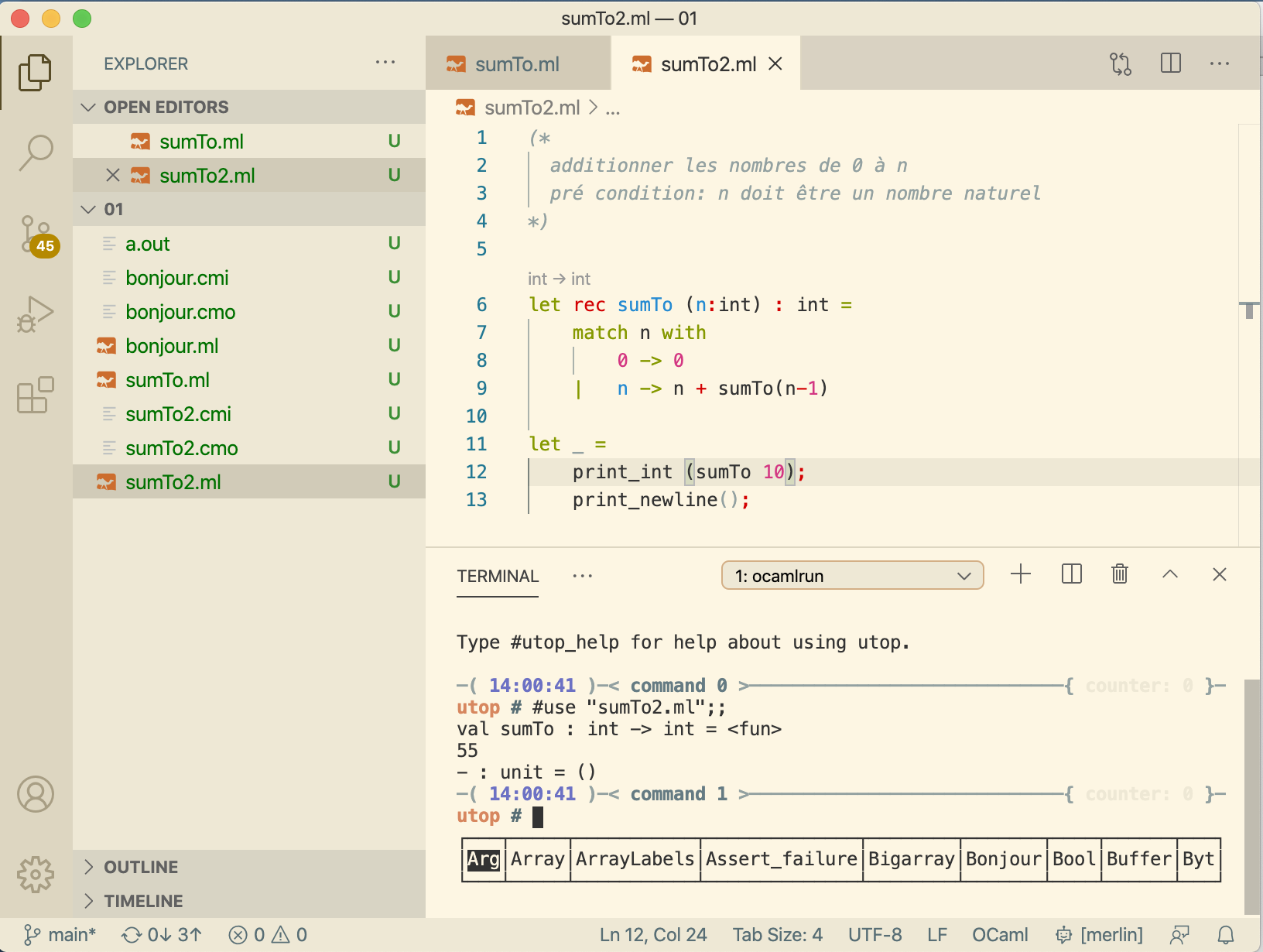